Facebook; the social network, says the redesigned desktop layout will be released in a few months.

The world’s largest social network, which also redesigned its mobile app, unveiled a new look Tuesday for desktop that’s expected to be released in the next few months. 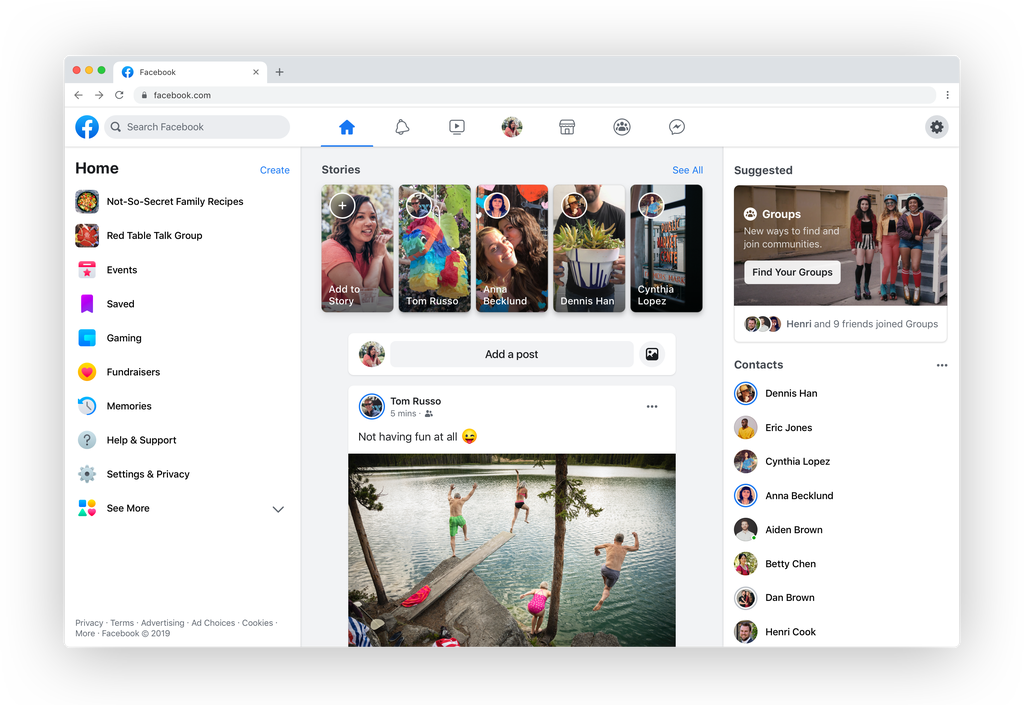 Overall, the website looks more minimalist than the current version and includes more white space. The top of the website is no longer dark blue. Instead, it’s white and includes light grey icons for your News Feed, Facebook Messenger, notifications, the social network’s video hub Watch, Marketplace and groups.

Facebook’s logo, which used to be an f within a blue or white square, is also different. The letter f is now in a brighter and lighter blue circle.

The website used to have a fourth column that displayed all your contacts for Facebook Messenger. Now there are three columns on the site but your contacts are displayed under suggested groups.

Facebook revealed the new design at its F8 developers conference, which starts today and ends Wednesday.